Land values have skyrocketed in pockets of Melbourne in recent years — despite average block sizes shrinking. Find out where homeowners have made the biggest gains from their land.

Many homeowners across Melbourne are sitting on real estate goldmines, with land values skyrocketing in pockets of the city in recent years.

This was despite average block sizes shrinking, the Real Estate Institute of Victoria found.

Property prices per sqm have more than doubled in 17 of the city’s postcodes over the past five years, 13 of which are the outer ring.

REIV president Leah Calnan said Melbourne’s outer-southeastern and western suburbs were “some of the fastest-growing parts of Australia”.

“Victorian property is a growth asset — anybody who bought into the market five years ago would see an amazing return,” she said. 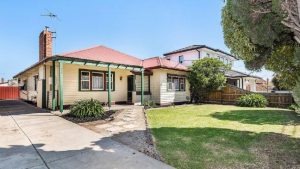 OBrien Somerville agent Shelly Brown said Tyabb and surrounds were luring family buyers with affordable home prices, larger blocks and lifestyle perks, being “at the fingertips of everything the Mornington Peninsula has to offer”.

“It’s also close to wineries, and has easy access to freeways to get into the CBD,” she said.

“We used to sell properties largely to people within a 10km radius. But since the Peninsula Link has come in, it’s put Tyabb, Somerville and surrounding areas on the map.”

Land values in metropolitan Melbourne as a whole have increased 41.8 per cent since 2014, hitting a median of $1448 per sqm.

In the same period, the typical block size has shrunk from 607sq m to 585sq m.

Outer Melbourne has seen the biggest decline in land size over the past five years, falling from 660sq m to 600sq m.

Get in Touch Today

Feel free to get in touch with our friendly and knowledgable team, using the form below or by calling us on (03) 9831 3000

Subscribe to Metro PM for the Latest News & Offers